Growth Forecasting: How to create a proper forecast based on growth rate 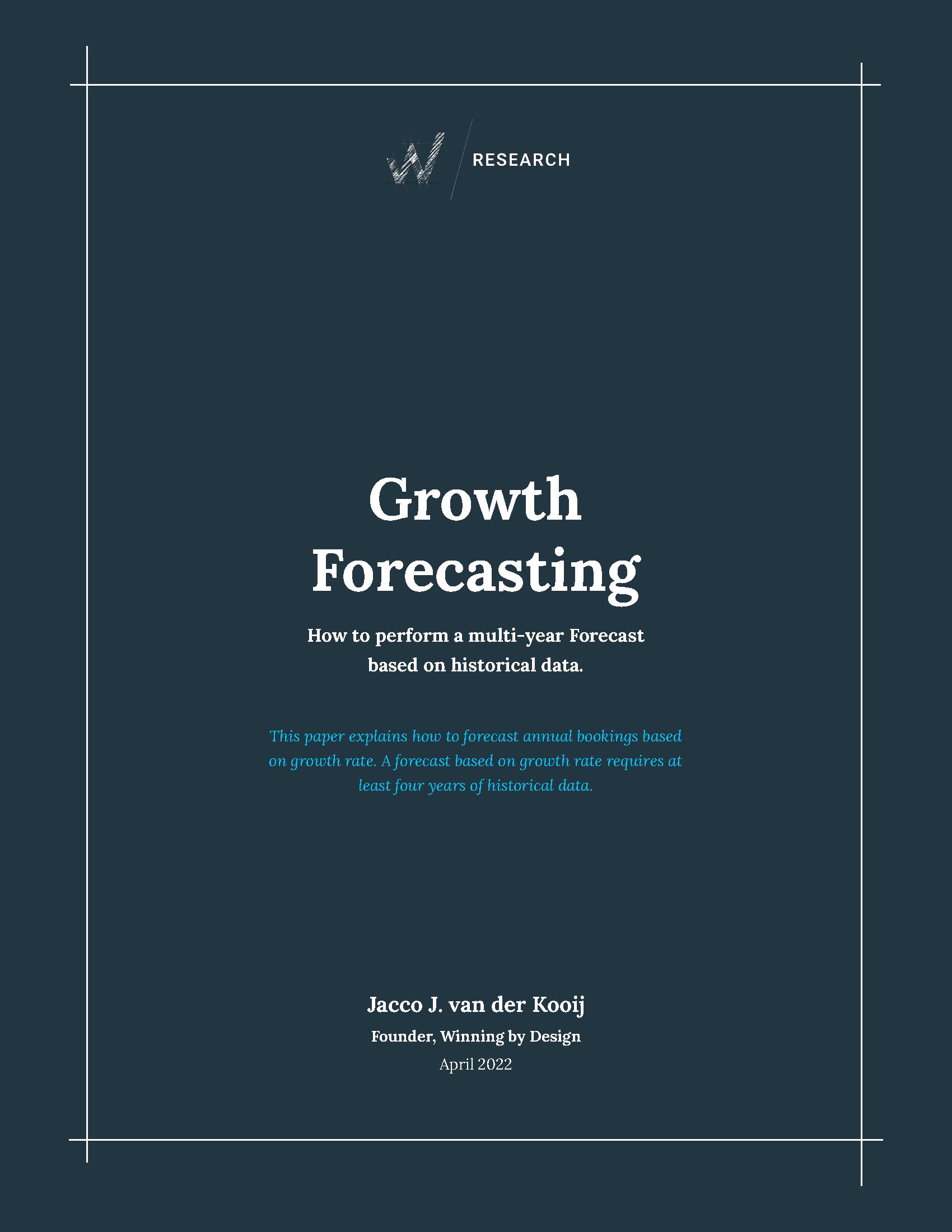 Download the paper for the complete view of the the mathematics and frameworks that prove these concepts, and for the suggested actions for Revenue leaders.

Historically, we have based our Booking forecasts on capacity — human capacity, or the number of sales reps that we have. In this method, the total amount of Booking is calculated based on the total number of sellers performing at an average of 80% against quota. A capacity-based forecast is fundamentally based on a people approach. In a people approach, people get fired if a forecast is missed, or if a company experiences expedited growth, they tend to hire more people immediately. In a people approach, growth depends on the people’s performance. The quality of hiring, onboarding, training, and enablement are all very important.

In contrast, a growth rate-based forecast sees the historical performance as a result of processes, tools that automate processes, and data that guide the processes. Professor James T. Reason wrote a distinguished paper on human fallibility titled “Human Error, Models and Management.” In this, Reason states:

“The basic premise in the system approach is that humans are fallible and errors are to be expected, even in the best organizations. Errors are seen as consequences rather than causes, having their origins not so much in the perversity of human nature as in “upstream” systemic factors. These include recurrent error traps in the workplace and the organizational processes that give rise to them.”

The System as a whole (bowtie) consists of subsystems (functions). And each sub-system consists of a process, which is a series of actions. Each action can be automated or improved via tools. Performance of each part of the process is measured in data indicating effectiveness and efficiency. The goal is to achieve growth that is both scalable and sustainable. Scalable in that when you do 2x as much, you should get ~2x as much, and sustainable in that if you want more of it, the resources are available at the same/similar cost.